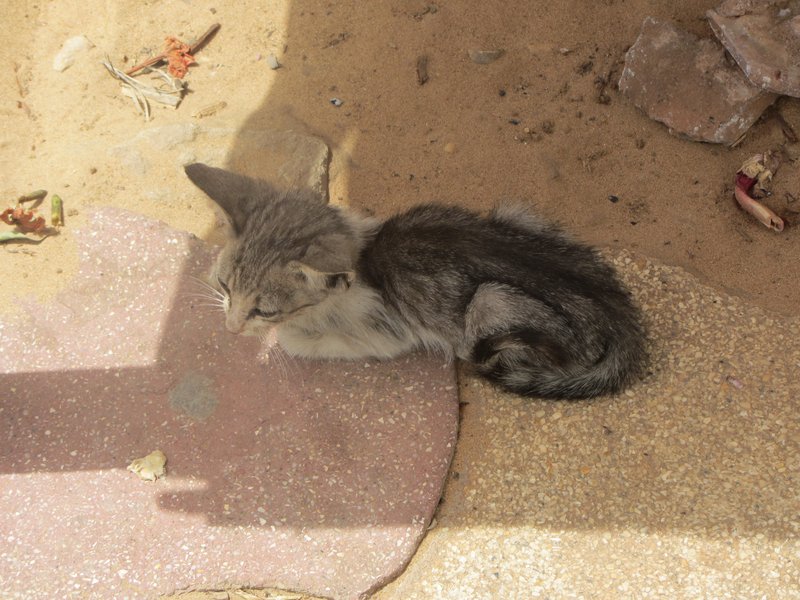 I’ve been quiet on the blog front lately for a variety of reasons–chief among them that my cold has evolved into what I am pretty sure is either bronchitis or the black lung. I’ve been spending a lot of time researching the difference between “your body is healing” sputum and “death death pain death” sputum. Yay, sputum!

On a related note, did you know that WebMD’s symptom tracker totally works in Senegal? It’s like my new Hulu.

But in addition to that, I spent the last few days out of town on a Public Health field trip. The trip was confusing on multiple levels, since none of the students knew where we were going, how we were going to do our work there, or whether the bus was going to show up.

It did, though, so on Thursday afternoon we all piled in and headed out on a 3 1/2 hour bus ride to Toukar, a Serer-speaking village near Mbour. The first night was completely weird, as it ended with the bus offroading us into a Catholic mission, where our professor emerged from the shadows with dinner.

But we didn’t get murdered, so that was pretty great. The Catholic mission seemed pretty legit (the buildings had names like Bethel and Shalom), despite us not seeing any priests or nuns. I’m not entirely sure who worked there or how we found the place, but I was just so glad to be off the bus by 10 PM on Thursday that I didn’t care. For the first time since arriving in Senegal, I ate my whole portion of the dinner bowl–we had vermicelli and meat. Yum! (That was non-sarcastic. Shiz was good.)

We woke up bright and early the next day to head into the village where we were doing our project. The class was divided into groups of four and sent out into the field to research respiratory illness. This involved us asking questionnaire questions in French, which were then translated into Serer/Wolof, with the answers translated back into French and then into English.

It was interesting just for what it revealed about the difficulty of surveys as a research method–people and their symptoms are often not binary, particularly when you’re talking about small children who might be chronically ill. There was also a hefty amount of moral ambiguity in terms of the fact that the survey was kind of exploitive. We would have had to have gotten clearance for something like this in the US, and we didn’t here. These people didn’t seem to be being offered the option of refusing to answer our questions. It was a lot to think about.

We learned at lunch that we were walking around for five hours in this village in 114 degree heat. So that was fun.

After lunch, we piled back into the truck and headed back to Dakar, stopping to let our TA out at an overpass. (I think he might be a troll.) It was a completely weird whiz-bang last trip out of Dakar, but I’m glad I did it.

However, I never want to be that sweaty ever again.