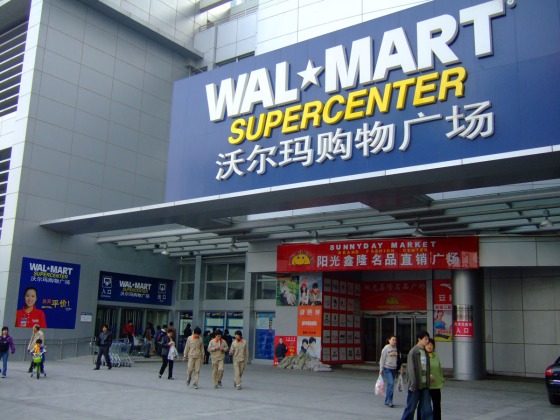 I spend a week each winter in the Ozarks. Along with moving me back into Pepsi country, my family’s location near Fayetteville, Arkansas gives me front row seats to the strangeness that is Walmart money. Though the company is sort of fundamentally evil (and, unlike Coke, doesn’t fund my university*), the Waltons are present in some legitimately cool places in town. It’s hard to throw a stone and find a building that doesn’t have the Walton name painted somewhere on the front. Their money built the Fayetteville arts center, for example, and it’s hard for me to hate an arts center.

More recently, Alice Walton (daughter of Sam, the Walmart founder) decided to build an arts museum in Bentonville**. It’s entirely an American art museum, it’s funded seemingly entirely by companies that my hippie self is obligated to hate***, and it has the somewhat revolting name of Crystal Bridges. This year, my family got together and visited.

As much as I wanted to dislike the museum, I found it difficult to. It’s funded entirely by awful companies, but it’s also a completely free museum in the midwest. And—in part because of who made the museum—the collection is large and interesting. And when my family went, we didn’t just see the same folks you see at the High Museum here in Atlanta, who—in part due to the fact that it is really expensive—tend to share an outward class demeanor.

Based on the conversations I overheard, the people who were around us came from a variety of economic backgrounds. Most of them were not comparing the collection to other museums, leading me to assume that for reasons of money or distance this is probably the first reasonably accessible major museum most of them have been to in some time (or they’re just less judgey than the people I know, which is always an option).

I want to be annoyed by a museum that has Walton money all over it and a stupid name, but it is also so cool to me that they are using their money to at least make people recognize the midwest as a feasible destination for arts tourism—particularly when the American focus of the museum also encourages a consideration of Native American history and culture (albeit as portrayed by Euro-Americans, primarily) as a valid focus of cultural activity. The anthropologist in me approves of that.

The museum isn’t without its share of worrisome income streams. But, it also doesn’t suck. For those who are in Arkansas for one reason or another, the collection is definitely worth a look. If nothing else, there are two portraits of George Washington, and that’s pretty darn Ameri-tastic.

** A town previously distinguished by having a neat toy shop and being the home of Walmart.

*** Goldman Sachs, Walmart, Tyson, and GE all feature prominently on an entryway wall.