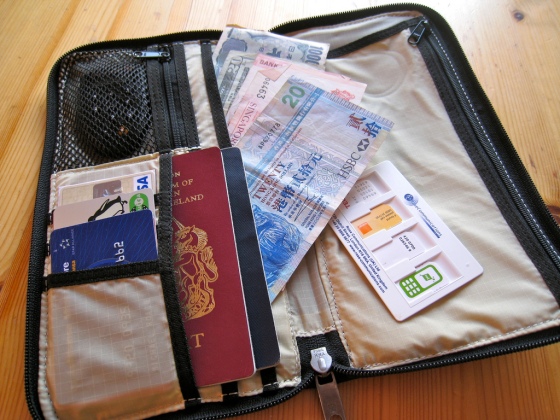 I have high hopes for my study abroad experience. If it’s anything like I’ve been told it will be, I’m in for several months of horizon-broadening, soul-searching, and digestive issues that will make for hilarious stories when I’m slightly removed from the whole experience. I am looking forward to it.

But what I had not anticipated was just how much I was going to learn from the pre-travel experience. I had naively assumed that—since I left for my holiday travels with everything sort of in check—I was more or less set to go already. This was incorrect.

For example, I’ve learned that getting anti-malarial medication that does not make you prone to hallucinations (possibly cool, but not recommended for the morose) or yeast infections (the seriousness of which the male doctor completely discounted and female nurse practitioner was completely conscious of) is crazy-making should you want to a) avoid spending $350 b) want to go abroad for more than 90 days. I have spent so much time on the phone shuttling my poor malarone prescription around digital pharmacies that the nurse at my travel clinic is now on a first name basis with me. If I get malaria, I plan to blame the people behind my prescription drug plan.*

I’ve also learned that the footwear that any individual possesses will be considered completely inadequate by everyone else she meets, even if she is traveling to an urban area and unlikely to be doing nature hikes. In my case, this resulted in a peer pressured (and somewhat panicked) eBay purchase of the sort of mary janes that have arch support and can best be described as “not offensively ugly.” They are the sort of shoes that one might wear with an a-line khaki skirt with some cargo pockets and a muted long-sleeve t-shirt from REI. The fact that I own neither of those articles of clothing did not stop me from buying the shoes.

But perhaps most importantly, the pre-travel process gives you some insight into yourself. Like, for example, knowledge of whether you’re the sort of person who will talk herself into a panic attack because TravelVisa sent her passport a week ago via USPS** and it hasn’t arrived at the house and what is going to happen if I don’t have my passport and my visa, I won’t be able to leave the country. For example.

I mean, it’s probably just delayed in the mail. Right? Nothing to worry about.***

* I have also learned that if you are uninsured, travel to a malaria-prone region is financially almost impossible. My drugs were going to be $350 as a copay.

*** Totally something to worry about. It could have been lost or eaten by mail goblins, and you know how long it takes to get a new passport oh my god I am so screwed.