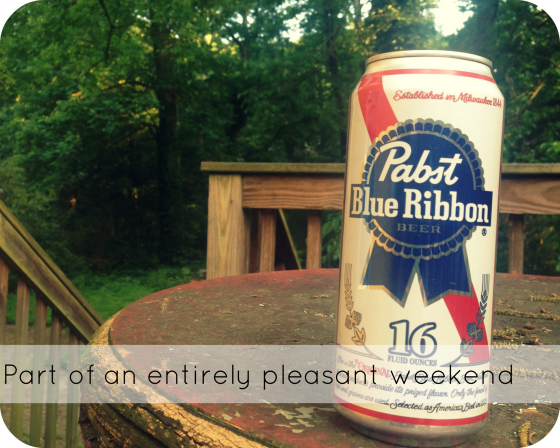 It is somewhat distressing to me that being happy has significantly reduced the amount of things I have to blog about. Working overnight is no longer making me hallucinate bugs on my wall. My remaining parent is in good health, except for a knee thing from him working out All the Time. Not a single child has recently pelted me with rocks while yelling slurs at me.

Y’all, it is difficult to make a narrative out of “this weekend I ate a lot of cheese toast and watched roller derby and read Holidays on Ice and Nick and Norah’s Infinite Playlist.” I did do those things! They were wonderful! I have a lot of feelings about the differences between the novel and the film version of N&N. One is of course the  Levithan-iest thing to ever Levithan, which—he seems really nice, and I enjoyed watching him speak at Decatur Book Festival last year, but many of his books read a little bit like fanfiction, in terms of the long, long sentences, and that’s not bad but it is jarring to read in published work. I enjoyed the book a very great deal. The film has my favorite sex scene ever, and a deeply charming turn by Michael Cera, and I made my sister watch it while I was in London with her because I am the sort of mildly-obnoxious human who will take advantage of international travel to work around her own country’s licensing restrictions.

Holidays on Ice was a Sedaris book like any other Sedaris book, but reading through it I was struck by the fact that I have probably been reading his work for 10 years at this point—my mother and I saw him speak the year that my family moved to Atlanta, along with Sarah Vowell—and hadn’t up until now realized that he was an alcoholic. I read the first half of it in the coffee shop at which I am a regular, while eating a cookie dough brownie and drinking iced coffee, and I snorted bits of both through my sinus cavities. It freaked out the other people in the room and was, I must admit, mildly painful, but y’all, the book is funny.

Of  course none of his books trump Me Talk Pretty One Day, which is the sort of book that is a touchstone for most of my my entire weird little family. My dad and I will badly quote bits of it at each other and be rendered helpless by laughter. I read Let’s Explore Diabetes With Owls while I was coming back across the ocean from London, after having started it in an Italian bar in Heathrow where the waitress forgot my order (a cocktail of limoncello and sparkling lemonade) and—when she remembered it—doubled the limoncello to the point that the cocktail was not entirely pleasant to drink. She delivered it and told me what she’d done in a fairly conspiratorial whisper, which was charming (particularly in terms of the low, low bar set by airport interactions). I think I am probably out of a Sedaris mood, though, at least for a little while.

Which is to say that it was a rainy, tired week and a pleasant, rainy weekend. So far May is a resting month: I’ve spent it being visited by friends in from out of town, and sticking close to home, London excepted. It’s nice to have those months, every so often. I am enjoying mine.